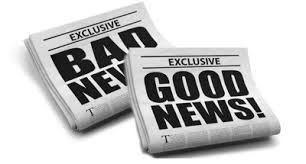 How are we doing, fellow safety experts?  Well, some good news and some bad news….

According to the National Safety Council (NSC) and the Centers for Disease Control and Prevention (CDC), this unfortunate record of 169,936 fatalities in 2017 constitutes the highest number of unintentional, preventable deaths in history.

Stated another way, this means an American is killed accidentally every three minutes by a drug overdose, a motor vehicle crash, a fall, a drowning, a choking incident or another preventable occurrence, according to the NSC.

“For years, the United States has accepted unintentional injuries as an unavoidable reality. These data show us that our collective complacency costs us 466 lives every day,” the NSC stated. “The truth is, there is no such thing as an accident. We know what to do to save lives, but as a nation, we have not consistently prioritized safety at work, at home, and on the road.”

As might be expected, the number of preventable fatalities in 2017 was dramatically impacted by the opioid epidemic in the United States. Accidents from drug-induced impaired judgment, both on-the-job and off-the-job, has already become a major concern, especially with the trends toward legalizing drug use and the attractiveness of opioid medications for treating a broad range of health issues (as well as “recreational use”). This may be as challenging to control by the person charged with the safety responsibilities on-the-job today (and in the near future) as the popular overuse of alcohol had been for prior generations.

So, what was the good news I promised?  Click here to view the EHS Today slideshow on the Top 10 Accidental Deaths in 2017.  Notice that in areas of primary focus by safety professionals in both general industry and construction, some significant reductions in “accidental fatalities” have been accomplished.  These include a 6.2% reduction in machinery-related deaths, a 2.9% reduction in mechanical suffocation (which includes cave-ins and confined space fatalities), and a 0.2% reduction in motor vehicle incidents (which includes company-owned vehicles and equipment).

Yet, as we look forward to 2019, there remains a lot of opportunity for safety improvement.  What New Year’s resolutions will you be making to do your part?