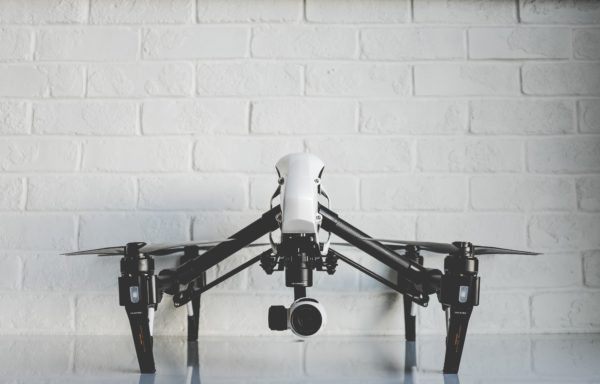 We are sharing this article first published in EHS Today, as written by David Sparkman on 12/28/18:

OSHA’s use of drones requires consent of the employer, who may be wary of granting it due to under-developed guidelines.

Although many employers may not be aware of it, the Occupational Safety and Health Administration (OSHA) is now using drones to conduct safety inspections of employer facilities—but only if the employer consents.

During 2018, OSHA reportedly used drones with cameras to conduct at least nine inspections of employer facilities after obtaining permission from the companies’ management. The drones were most frequently deployed following accidents at worksites that were considered too dangerous for OSHA inspectors to enter, including an oil drilling rig fire, a building collapse, a combustible dust blast, an accident on a television tower and a chemical plant explosion.

Early in 2018, OSHA issued a memo to its staff formalizing its use of drones for inspection activities, ordering each of the agency’s 10 regions to designate a staff member as an unmanned aircraft program manager to oversee training requirements and evaluate reports submitted by drone teams.

The memo sets forth the parameters OSHA must follow when using drones, including the fact that the employer must agree to their use. It also reveals that OSHA is exploring the option of obtaining a Blanket Public Certificate of Waiver or Authorization (COA) from the Federal Aviation Administration (FAA) to operate drones nationwide.

Because employers must grant the agency permission for it to conduct the flyovers of their facilities, their expanding use puts employers in an uncomfortable position, some attorneys note, observing that OSHA’s use of drones has the potential to expand its violation-finding capabilities during any inspection.

Drones quickly provide OSHA inspectors a detailed view of a facility, expanding the areas that can be easily viewed by an inspector, and significantly slashing the amount of time required for such an inspection if it was conducted on the ground, notes Megan Baroni, an attorney with the law firm of Robinson & Cole.

While most inspections can and should be limited in scope, the fact remains that OSHA can cite employers for violations that are in plain sight, she points out. “Employers must consent to the drone use, but the question remains as to how the scope of an investigation might change if an employer refuses.”

Baroni explains that it is unclear at this point whether the agency’s policy requiring employer permission will survive if OSHA is granted the Blanket Public COA it’s seeking from the FAA to use the drones anywhere in the country.

She stresses that employers should be aware of this policy and the fact that drones could be a requested part of a future OSHA inspection. “Employers may want to give some thought to their facilities and whether drones can be safely flown without causing damage to equipment or processes,” she says. If an employer allows OSHA to use drones during an inspection, she recommends they consider getting involved from the outset in the development of the flight plan and attempt to get copies of any data that is collected.

Drone Use Will Increase

John S. Ho, an attorney with the law firm of Cozen O’Connor, also believes the use of drones in OSHA inspections is likely to increase, and he believes that raises some novel issues that need to be considered by employers.

“Until some of these issues become more fully developed and depending, of course, on the specific facts, drones may present a situation where the employer might consider going against conventional thinking and err on the side of withholding consent,” he advises.

It is well-settled that an employer can generally require OSHA to obtain an inspection warrant before entering the worksite, Ho explains. Although determining whether to do this is always a fact-sensitive analysis, he says conventional thinking suggests that the better course is usually to define the scope of the inspection with the OSHA inspector as opposed to requiring a warrant.

Conventional strategy in responding to an OSHA inspection also includes the practice of the authorized employer representative accompanying the inspector, essentially mimicking the investigation This includes taking the same pictures, measurements and other actions so the employer essentially possesses the same data as the inspector gathered during the walkaround. When a drone is used it becomes extremely difficult to accomplish.

If the employer decides to acquiesce to OSHA’s request, Ho’s recommendation coincides with Baroni’s advice, saying if the employer considers reaching an agreement with OSHA, it should include the specific flight plan to be used, agreeing that all photographs will be promptly shared and have the authorized representative observe the drone’s operation.

However, Ho warns that even if the scope of the inspection is defined, citations generally still can be issued targeting recognized hazards whenever they are found “in plain sight.” He also says it seems likely a drone equipped with a camera might capture more hazards in “plain” sight than a traditional walkaround where the inspector is usually directed to the site of an accident by the most direct route.

In addition, there is a danger that a company’s trade secrets may be exposed to the OSHA drone images. He urges employers make sure this issue is addressed and answered by OSHA before giving consent for drones in their facility.

The bottom line is that OSHA’s use of drones is not going away and is likely to expand from worksites that are considered too dangerous for physically examinations by inspectors, to greater use in more routine facilities’ reviews. In facing that possibility, it is the employers’ job to make sure they are ready when that day comes.