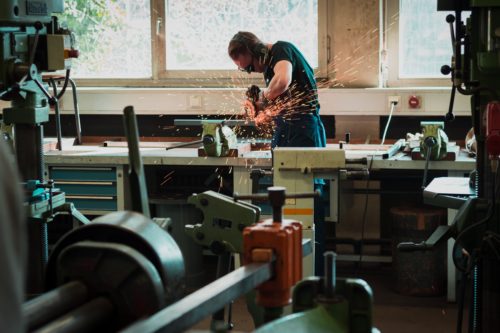 Why should YOU care about OSHA compliance? When asked this question, most Health & Safety Professionals first state the “best” reason, “To assure all our workers go home safely at night to their families”.

Many Marketing and Sales folks state their concern over the potential “cost” of damaging the company’s reputation; when a company’s image is tarnished by evidence it apparently “doesn’t care” about health and safety, it often carries over to lost sales, layoffs, or even going out of business.

Some accountants even point out that for every dollar spent on an accident, another three to five dollars are spent on indirect costs. So, $10,000 spent in medical reimbursement and workers’ comp costs balloons into $30,000 to $50,000 in overall costs1.

And, Upper Management has, at least, 12,934 reasons to stay in compliance with OSHA regulations. Take a look at how OSHA defines their six types of violations:

· De Minimis – The least serious, technical type of violation which has no impact on health or safety. No citations or fines will be assessed by OSHA; usually corrected while on-site.

· Other-than-Serious – A health and safety-related violation, but not one that would result in serious injury or death; for example, not posting your OSHA 300 form in the workplace. Fines of up to $12,934 per violation may be levied.

· Serious – This occurs when an employer has knowledge of an existing hazard but does not correct it. Fines of up to $12,934 per violation are also possible.

· Willful – No one wants to reach this level or higher! This is issued for an intentional violation of OSHA standards. If an employee is killed, the offense becomes a criminal one with fines of up to $129,336 per violation and possible jail time for offenders.

· Repeat – An identical or very similar violation was previously cited by OSHA and corrective action was not taken by the employer. Fines of up to $129,336 per violation are possible.

· Failure to Abate – Similar to repeat except the employer was granted a set amount of time to correct the violation and failed to meet that deadline. A fine of up to $12,934 per day will usually result.

In addition, employers face legal costs for both negotiating the OSHA citations and settling the claims brought by injured workers or their estates. With end-of-year fast approaching, CTI can assist you in budgeting your safety improvement projects for 2019. Give us a call.