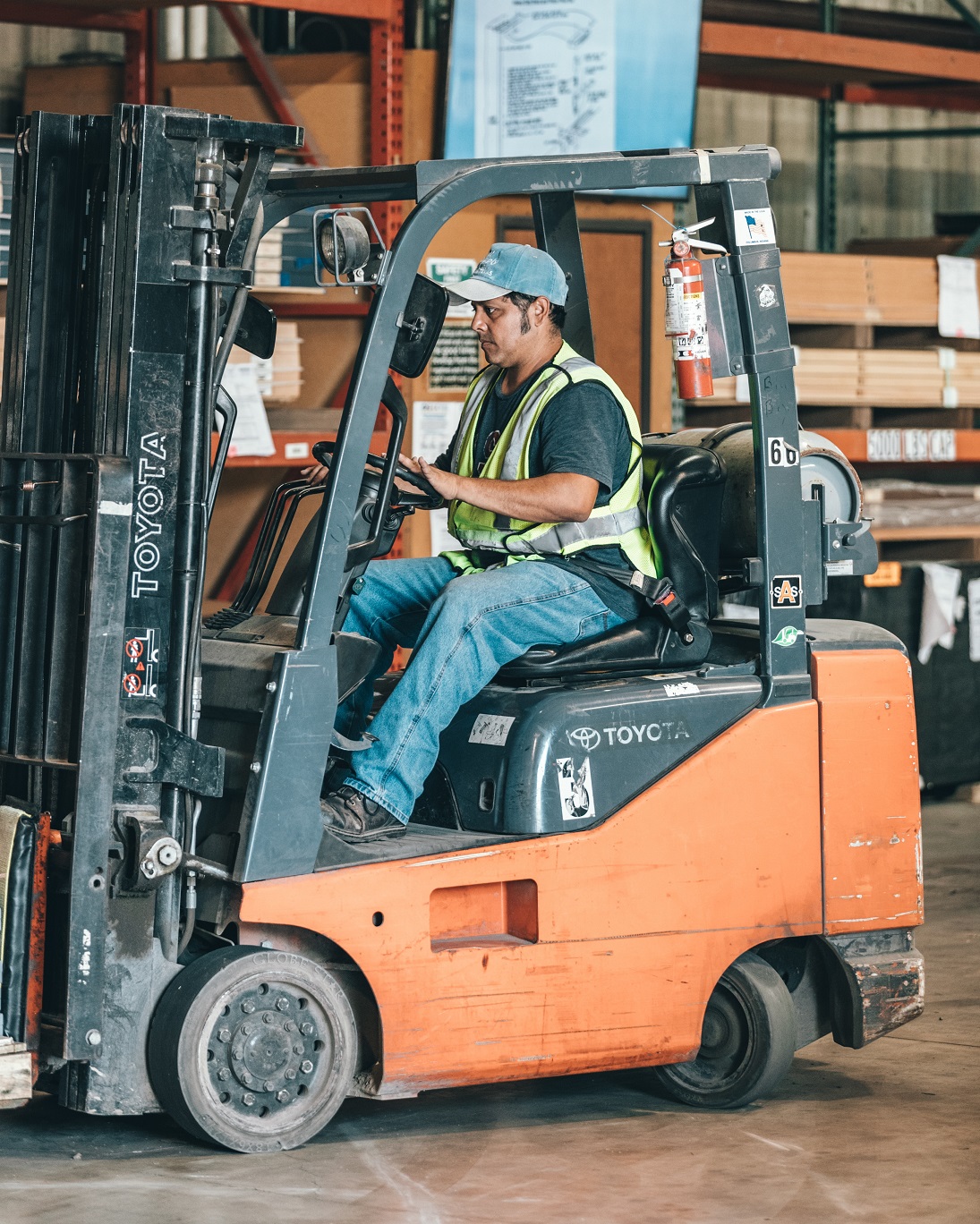 Video clips abound on social media (and most have gone viral) related to careless forklift driving that usually end with catastrophic results.  Often, they occur when an otherwise good forklift operator forgets the safety basics of knowing what is behind him or what tight clearances may exist while the driver is backing up. The end result is clearly illustrated in the first four accidents shown in this video:

One of the easiest means of assuring safe forklift operations (or any other moving vehicle like construction vehicles on the job) in tight quarters is by using a spotter. Spotters are a proven method of protecting employees on foot behind vehicles with an obstructed view, but spotters themselves can be at risk for injury or even death. Employers can implement the following actions to help keep spotters safe:

Note: The following list of solutions is not required by any OSHA standard. It is provided for informational purposes only.

Most vehicles (and some types of mobile equipment) can accommodate a camera that provides operators with a view to the rear. Some vehicles come equipped with cameras or may be offered with them as optional equipment. Camera systems can also be purchased as after-market equipment for vehicles. Viewing screens may be dash-mounted but must not block the driver’s view out the windshield. Harsh environments, such as some construction sites or mines and chemical plants, may require more rugged cameras. Determining where to mount a camera for maximum effectiveness may be difficult, especially on large vehicles. For example, dump trucks may require two or three cameras to monitor the blind spots on the front, rear, and side of the vehicle.

Radar and ultrasonic technology both are used in backing safety systems. A radar system transmits a signal, which is bounced off an object. The signal is then received by a receiver. These systems alert the driver with a visual and/or audio warning. These systems must be positioned so that they won’t detect harmless objects, such as the concrete slab of a driveway, which can interfere with the detection of an object or person behind the vehicle or mobile equipment. Also, the composition of an object can affect detection, with some materials being virtually invisible to radar. Like cameras, this equipment can be mounted on most vehicles and may be an option from some manufacturers.

Ultrasonic systems, such as sonar, emit bursts of ultrasonic waves in a frequency above the hearing threshold of humans. When the waves strike an object, they generate echoes used to determine the distance to the object. These systems alert the driver with a visual and/or audio warning.

An internal traffic control plan (ITCP) is another method used to address backover hazards. These are plans that project managers can use to coordinate the flow of moving equipment, workers, and vehicles at a worksite to minimize or eliminate vehicles and employees from crossing paths. These plans can significantly reduce, or possibly eliminate, the need for vehicles to back up on a site.

Whichever technique you use, never “back down” from safe operating practices.